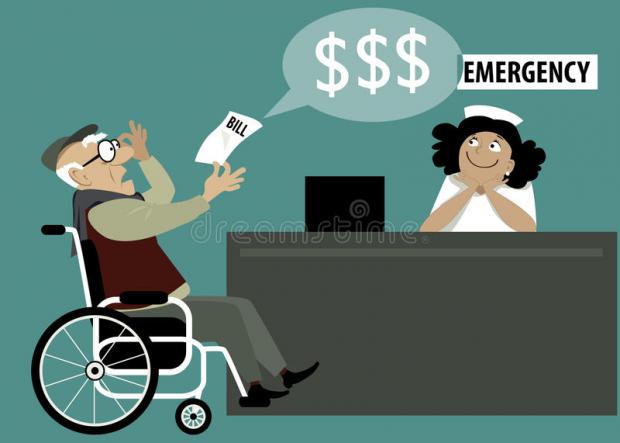 The fees, which can be upwards of $50,000 per patient, are billed when a hospital's top surgical specialists are summoned - typically for the most severely injured patients.

One such case, found within court filings from a 2017 trial, revealed that a 30-year-old man who arrived at a Modesto, California hospital for shoulder and back pain following a car accident was billed $44,914 by Sutter Health Memorial Medical Center, which included a $8,928 "trauma alert" fee. The man went home in less than three hours, according to CNN.

"Some hospitals are using it as a revenue generator," said registered nurse and medical claims consultant, Tami Rockholt, who appeared as an expert witness in the Sutter Health trial.

"It's being taken advantage of," she continued, adding that such cases are "way more numerous" in recent years. "If someone is not going to bleed out, or their heart is not going to stop, or they're not going to quit breathing in the next 30 minutes, they probably do not need a trauma team."

Tens of thousands of times a year, hospitals charge enormously expensive trauma alert fees for injuries so minor the patient is never admitted.

In Florida alone, where the number of trauma centers has exploded, hospitals charged such fees more than 13,000 times in 2019 even though the patient went home the same day, according to a KHN analysis of state data provided by Etienne Pracht, an economist at the University of South Florida. Those cases accounted for more than a quarter of all the state's trauma team activations that year and were more than double the number of similar cases in 2014, according to an all-payer database of hospital claims kept by Florida's Agency for Health Care Administration. -CNN