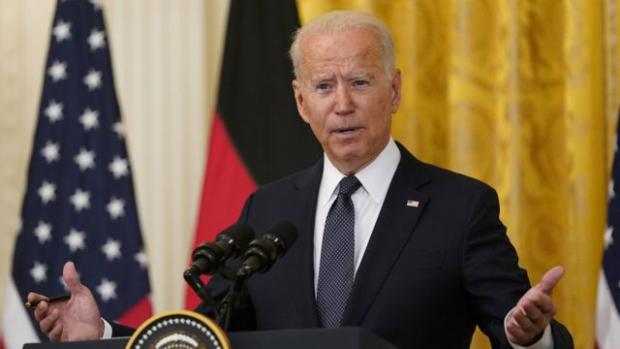 As protests erupted in Cuba over shortages of basic necessities, the decades-long illegal U.S. blockade on Cuba was no longer a part of mainstream media narratives. In 2020, media focus was on the Cuban contribution to the fight against Covid19 and how, despite the blockade, Cuba had still managed its internationalist approach, while manufacturing its own vaccines. For a brief period, talk about lifting the illegal blockade on Cuba was also part of the international narrative, even as the medical brigades were nominated for the Nobel Peace Prize.

Meanwhile, due to the blockade and Covid19, Cuba's economy contracted further. Unwaveringly, the U.S. government also continued with its funding of anti-governments groups. Only the U.S. intentions are not democratic, despite what mainstream propaganda disseminates.

In April 1960, a memorandum under the heading "The Decline and Fall of Castro" partly stated, "The only foreseeable means of alienating internal support is through disenchantment and disaffection based on economic dissatisfaction and hardship." Calling for economic deprivation, the memorandum further advocated for action which, "while as adroit and inconspicuous as possible, makes the greatest inroads in denying money and supplies to Cuba, to decrease monetary and real wages, to bring about hunger, desperation and overthrow of government."

Given that the U.S. has never relented in its aggressive policy against Cuba, why is the imperialist narrative suddenly excluded from the greater picture of Cubans protesting against the existing shortages on the island. The U.S.'s economic sabotage of Cuba is well documented and for 60 years, the Cuban people have suffered the effects of U.S. foreign policy against the island, particularly when it comes to restrictions on trade. Repeated non-binding UN resolutions to lift the illegal blockade have not wrought any change in this regard. The near unanimous agreement at an international level that the U.S. blockade is harming Cuba is up against imperialist foreign policy, which the mainstream media takes and leaves, depending on which narrative best suits its interests.