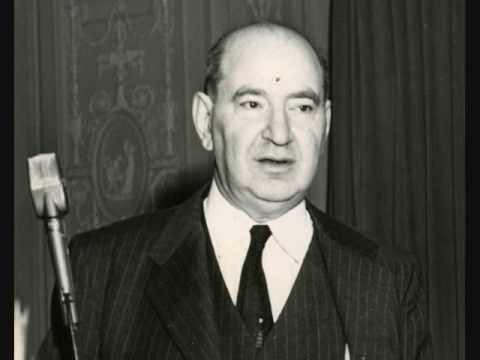 It is easy to imagine the libertarian icon Murray Rothbard (1926–1995) modeling himself on his mentor, the Old Right icon Frank A. Chodorov (1887–1966), in the same manner as Chodorov undoubtedly looked to his mentor, Albert Jay Nock (1870–1945). As a young grad student Rothbard stumbled across Chodorov's pamphlet Taxation Is Robbery. His reaction: "I shall never forget the profound thrill — a thrill of intellectual liberation — that ran through me." As a voice of the Old Right, Chodorov advocated the free market, individual rights, free trade, isolationism, and a perpetual skepticism toward the state. He and Rothbard were a perfect fit.

In a 1967 tribute to the recently deceased Chodorov, Rothbard described their subsequent meeting at a cocktail party where the intelligentsia of the American right wing engaged in "windy rhetoric" about the free market. Meanwhile, "on the back stairs they dicker[ed] with the brokers of Big Government for an increase in their subsidies and privileges." Chodorov "stood out like a blaze of radiant light." He was "the only person alive … amidst the whole gaggle of one-dimensional and identical men around him. There he stood, his tie askew, his balding head disheveled, the ashes from his beloved pipe flying all around, his intelligent and merry eyes twinkling as he scored some outrageous, logical, and beautifully penetrating point to some clod who couldn't tell the difference between the host of cardboard 'individualists' and this one genuine article."

Sans the pipe, that could describe Rothbard and his intellectual blaze of light. Through a fusion of Austrian economics, Old Right foreign policy, the radicalism of 19th-century individualist anarchism, and natural-law theory, Rothbard forged a path to modern libertarianism in the 1960s. In this achievement, few influences were as important as Chodorov.