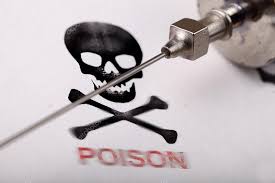 (Natural News) The Israeli People Committee (IPC), a citizen-led group of Israeli health experts, has issued an urgent warning that the Wuhan coronavirus (Covid-19) "vaccine" from Pfizer damages virtually every system of the human body.

While much of the attention, at least in Europe, has centered around the AstraZeneca jab, which is linked to deadly blood clots, the Pfizer injection is actually far more dangerous and a much bigger threat, based on the latest data.

A detailed report released by the IPC warns that getting jabbed with a Pfizer syringe could lead to a catastrophic health outcome, as evidenced by the high number of people who have already had their lives ruined by it in Israel.

"There has never been a vaccine that has harmed as many people," the report explains. "We received 288 death reports in proximity to vaccination (90% up to 10 days after the vaccination), 64% of those were men."

The Israeli Ministry of Health, meanwhile, is claiming that only 45 people in Israel have died from the Pfizer injection. This is a gross undercount that minimizes the true deadly impact of the jabs.

Fauci says 3 shots needed for "full vaccination," while double-vaxxed will LOSE their vax