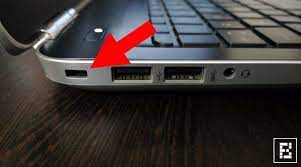 A version of this post originally appeared on Tedium, a twice-weekly newsletter that hunts for the end of the long tail.

I've only dealt with the theft (or potential theft) of computers a handful of times in my life.

One of those times came about five years ago, when someone stole a laptop of mine, but was caught before the device was gone for good.

Perhaps I could have prevented its movement and near-theft had the device had a physical lock on the side. This locking capability, while perhaps not used by many home users, is actually fairly common on many modern computers, particularly of the laptop variety. The device that was nearly stolen had it!

Clearly had I thought ahead, I could have stopped it from being pulled away—at least that's the theory. The truth about the Kensington security slot, the predominant security device found on portable computers, is a little more complicated than that.