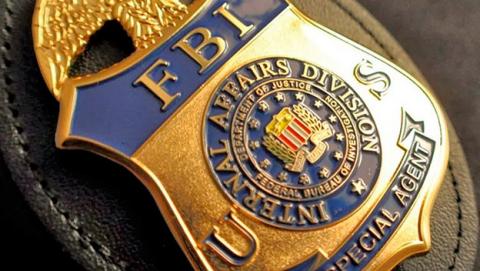 Outrage after outrage is reported, hearings are held, Inspector General reports are issued -- but the systemic corruption is never really tackled and dirty cops skate away virtually unscathed.

This situation is constitutionally unacceptable, corrosive to public trust in law enforcement, and a threat to the survival of the republic.

In the past few days alone, we have learned that the October 2020 Michigan governor kidnap plot was largely a creation of the FBI; a "senior FBI official" was on the take from media organizations; and another assistant director was in a "romantic relationship with a subordinate" and involved in "other misconduct."

The leadership failures documented by the Office of the Inspector General are now almost standard and part of a tiresome media drip-torture for the public to endure.

Meanwhile, the FBI had the audacity to issue a Stasi-like tweet urging "monitoring of 'family members and peers' for extremism."

Remember: what we learn about the FBI in the press are only the stories that are SO outrageous that the FBI cannot keep a lid on them and is forced to make disclosures via a toothless Inspector General report -- but never anything that results in a criminal indictment. Imagine what the ordinary day-to-day misconduct in FBI offices across the country could be. And these scandals don't just amount to "bad press" – in several of these, federal courts scourge the FBI for lawbreaking. Additionally, Inspector General report after report details FBI abuses such as whistleblowers being retaliated against and ignoring "high-risk" employees who fail polygraph tests.