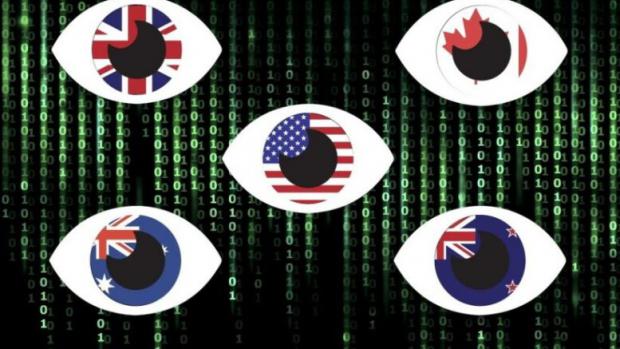 Technocrats in Big Tech have opened up governments like so many cans of sardines in order to aggregate virtually all data that exists in the world, including yours. Individual threats are just excuses to grab more data. This is the end result of Technocracy's "Science of Social Engineering." ? TN Editor

For years, Americans have largely ignored corporate social media surveillance. But all of that is about to change, thanks to President Biden.

No one has taken the White House's plan to turn Big Tech into a quasi-Five Eyes censorship program seriously despite repeated warnings from journalists and news websites.

Journalist Caitlin Johnstone warned, the White House is pushing for Facebook and Microsoft to censor any social media stories the Feds don't like.

"After Press Secretary Jen Psaki admitted on Thursday that the administration has given Facebook a list of accounts to ban for spreading misinformation about the Covid vaccine, she has now doubled down saying that people who circulate such materials online should be banned from not just one but all social media platforms."

The Feds want Big Tech to ban stories and people they do not approve of from social media.

"You shouldn't be banned from one platform and not others for providing misinformation out there," Psaki told the press on Friday.

Reuters revealed some of America's biggest tech companies will let "Five Eyes" and the U.N. decide whose stories the "Global Internet Forum to Counter Terrorism" should censor.

"Until now, the Global Internet Forum to Counter Terrorism's (GIFCT) database has focused on videos and images from terrorist groups on a United Nations list and so has largely consisted of content from Islamist extremist organizations such as Islamic State, al Qaeda and the Taliban."

"Over the next few months, the group will add attacker manifestos — often shared by sympathizers after white supremacist violence — and other publications and links flagged by U.N. initiative Tech Against Terrorism. It will use lists from intelligence-sharing group Five Eyes, adding URLs and PDFs from more groups, including the Proud Boys, the Three Percenters and neo-Nazis."

"The firms, which include Twitter and YouTube, share "hashes," unique numerical representations of original pieces of content that have been removed from their services. Other platforms use these to identify the same content on their own sites in order to review or remove it."

Three years ago the mass media warned us about Five Eyes demanding that tech companies give them backdoors to users' encrypted data, and now they finally got their wish.

About Protonmail and IP's, and Q&A