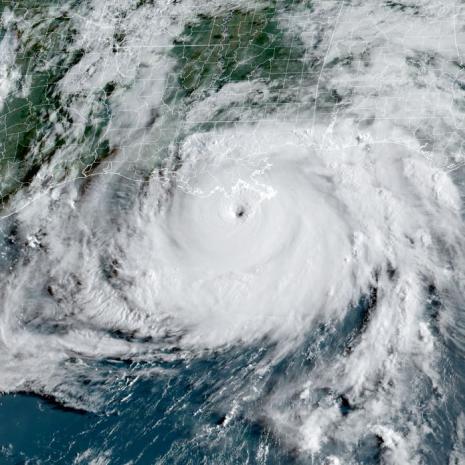 Hurricane Ida made landfall at 12:55 p.m. near Point Fourchon, Louisiana with winds tied for the most intense hurricane on record to strike Louisiana, at 150 mph.

Max sustained winds of 150 mph, tied with two other hurricanes for record landfall

Surge could result in 12-16 feet of inundation; so far the surge has reached at least 4 to 7 feet in southeast Louisiana and coastal Mississippi, engulfing roads, homes, businesses and marinas. New Orleans' flood protection system, bolstered by a $14.5 billion investment post-Katrina, will be tested by Ida's surge and torrential rain.

The storm could unload up to two feet of rain in parts of southeast Louisiana, causing severe flash flooding.

The core of the storm's hurricane-force winds could pass through Houma and Baton Rouge and very close to New Orleans, producing structural damage, downed trees and widespread power outages, which could last weeks.

(Update 1615ET): New Orleans hit with 70mps wind gusts.  With the northwestern core of Ida surging into New Orleans, winds have rapidly increased and rain is pouring down. For the next six hours or so, tropical-storm to hurricane-force winds will lash the city, causing widespread flooding, downed trees and power outages, which are already mounting. With peak wind gusts over 80 mph possible, some structural damage is also probable. New Orleans Lakefront Airport has reported a wind gust as high as 76 mph.