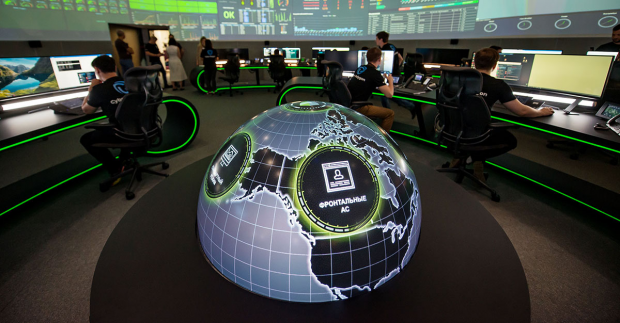 This simulation took place on July 9, 2021 and was sponsored by the World Economic Forum under the watchful eye of its founder, Klaus Schwab – and it was live streamed to the world. Many people were concerned because past simulations of large-scale disasters sometimes turned out to be rehearsals for a planned event – such as 9/11 and Covid-19.

As though on cue, to create heightened interest in the Polygon, a huge ransomware attack took place over Fourth of July weekend, just before the live stream, which can be watched, below. The video compares cyber threats to Covid-19, which was known as an "anticipated risk" and says that a cyber risk is the "digital equivalent". It is estimated that, if the internet is shut down for one day, it would cost economies $50-billion. In addition to the economic loss, the termination of essential services, such as health care and transportation, would cause great human hardship and premature death.

Approximately five-million people tuned in to the live stream. The simulation involved 120 teams from 29 countries. It "featured global leaders and experts, including Mikhail Mishustin, Prime Minister of the Russian Federation, and Klaus Schwab, Founder and Executive Chairman, World Economic Forum, as well as top officials from INTERPOL, ICANN, Visa, IBM, Sberbank, MTS and other organizations."

One of the end goals of Cyber Polygon was to determine how to do a more thorough job of silencing criticism that goes against the mainstream narrative. Closing down the Internet completely, except for governments and favored corporations, would be the policy of choice. -GEG

Preparedness with what you have at home