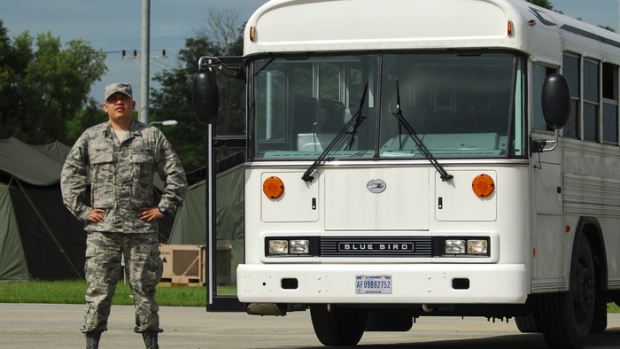 Amid fresh national, state and local vaccine mandates being driven forward by the Biden administration, schools and public services have clearly been most immediately hit by personnel shortages as a large chunk of the population remains 'vaccine hesitant' - or refuses to be forced into a mandated Covid vaccine, or perhaps are also already immune through a prior infection. Other staff are said to fear catching coronavirus from the largely unvaccinated student population.

States like Massachusetts are now struggling with public school staffing shortages to the point that children literally can no longer take the bus to school as there aren't enough drivers. The large school district of Boston, for example, admitted at the start of the school year that the vaccine requirement would inevitably result in drivers staying home. "City leaders say part of the reason for the shortage in Boston is that some drivers are not vaccinated, which is a requirement," a local report underscored.

Now the state is having to take drastic action and even greater intervention in the crisis, with Republican Governor Charlie Baker on Monday activating the Massachusetts National Guard in order to get school transportation up and running.

An official statement from Gov. Baker's office said "The Governor's order makes up to 250 personnel available. Beginning with training on Tuesday, 90 Guard members will prepare for service in Chelsea, Lawrence, Lowell, and Lynn."

And further it said "These Guard personnel will be available to serve as drivers of school transport vans known as 7D vehicles to address staffing shortages in certain districts." The 7D vehicles have been described as smaller than regular yellow school buses.

Baker sought to assure communities that "The Guard has a proven track record of success supporting civilian authorities. Their frequent side-by-side training with state and local first responders makes them well-suited for a variety of missions."