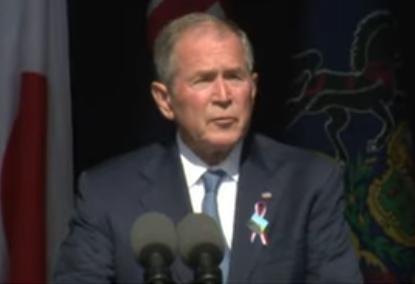 Appearing on Tucker Calrson's show, Journalist Glenn Greenwald pointed out how George W. Bush has gone from being roundly reviled by the left to being weirdly held up as some kind of icon as soon as the he began criticising President Trump and his supporters.

"It's worth remembering how liberals used to be overflowing with so much hatred and contempt for George Bush," Greenwald noted, adding "They frequently compared him to Adolf Hitler and claimed his family was crucial to the rise of the Nazi party, claimed (something I agree with) that he is a war criminal."

Greenwald continued, "they claimed he was so filled with racism that he purposefully allowed New Orleans to drown because so many black people lived there."

Greenwald also pointed out that "every liberal I know believes George Bush stole at least one election, and maybe even two."

"Yet suddenly as he began lightly criticising Trump, they began saying things like 'you know what, I didn't agree with Bush all the time, but I never questioned his character and his values and his patriotism," Greenwald urged.