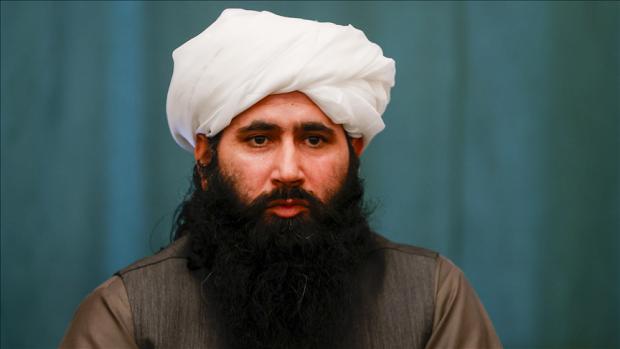 The Taliban has descended into bitter in-fighting with so-called 'moderates' thought to be at war with terrorist hardliners as both vie for power in the vacuum left by America's retreat from Afghanistan.

Mullah Baradar, a member of the Taliban old-guard who led negotiations with the Americans in Qatar, is thought to have been involved in a fight with Khalil Haqqani, a leader in the terrorist Haqqani Network and one of the FBI's most-wanted, in Kabul's presidential palace as the pair argued over who had done more to drive US forces out.

Haqqani - who is the country's new refugee minister - appears to have emerged the victor, with Baradar - the new deputy prime minister - now in hiding, with the Taliban forced to deny rumours that he was shot dead in the fight.

Haibatullah Akhundzada, the Taliban's supreme leader, a close ally of Baradar, and Emir of the new government, is also missing - with the Islamists insisting the pair are in Kandahar, though without providing convincing evidence.

The fighting is threatening to split the Taliban's fledgling government between Baradar, Akhundzada and their allies - including the likes of Abdul Salam Hanafi and Mohammad Yaqoob - on one side, and the fearsome Haqqanis - including Khalil and his nephews Sirajuddin and Anas - on the other.

Up for grabs is a pot of $1.2billion in foreign aid which the UN has pledged to Afghanistan - $64million of it from the US - as well as a share of power in the new administration.

But the conflicts are also threatening to derail the fragile government even as the country's economy teeters on the brink of economic collapse with millions facing starvation and many of the Taliban's assets held or frozen by the West.