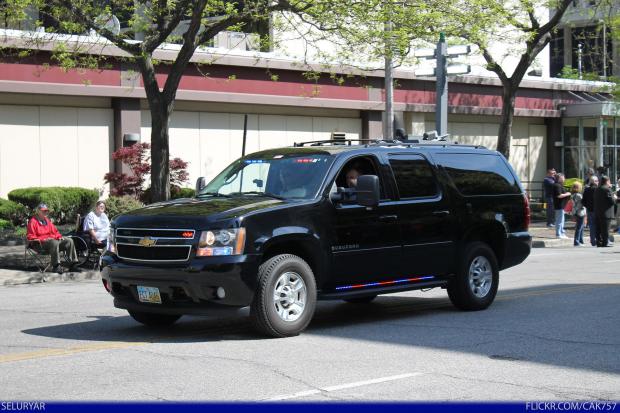 Instead of hauling around kids, these are more likely to transport very important public officials from one very important meeting to the next. The last-generation Suburban HD fulfilled a similar role before its run ended in 2018.

While we don't know everything about the new Suburban HD, it seems to follow the same formula as the last one. Only the 2500HD variant of that truck was ever available for civilian purchase, and even then it could only be bought by fleets for a short period of time. The heavier-duty 3500HD was sold exclusively to folks like the Secret Service.

Only 10 of these heavy-duty Suburbans will be built in the next two years, though more are expected to be purchased later on—as many as 200 a year for the next nine years. A new body-on-frame platform and heftier suspension will be key in upping the vehicle's sturdiness and payload capacity, although GM says the "the body, exterior, propulsion, interior and brakes" will be made up of off the shelf parts.

We, like you, wanted to know more about what else is planned for the Suburban HD, so we reached out to GM Defense for more details. When asked if the truck could possibly be sold in dealerships, a company spokesperson replied, "No, this is not a commercial Suburban in any fashion, this vehicle is a purpose-built government HD SUV, specially awarded for use by the U.S. State Department's Diplomatic Security Service (commonly referred to as DSS) to GM Defense."

Guess that's that, then.