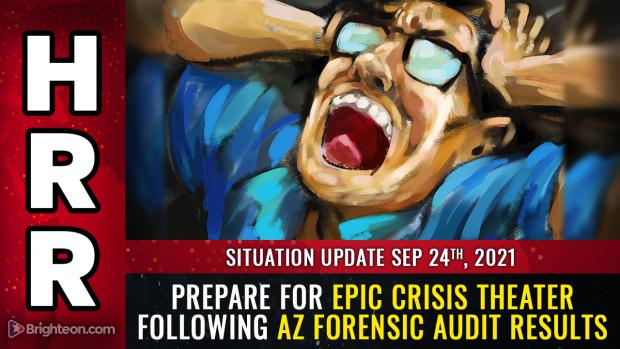 The Maricopa County forensic audit results have been leaked, and if the draft documents are correct, they already show over 54,000 fraudulent, faked and otherwise invalid ballots — more than five times the margin of "victory" for Joe Biden. (See the draft table below.)

And this is from just one county alone: Maricopa.

If the same holds true across other counties in Arizona, the fraud vastly exceeds 100,000 ballots. (Pima, Pinal, Cochise, etc., haven't even been audited yet.)

That means Biden didn't win. The election was rigged.

The lying left-wing media is going to try to gaslight the nation and falsely claim the audit proves Biden somehow did win. That's a brazen lie, like saying 2+2=5. (But what else would you expect from the media these days?)

If Biden won the state by 10,000 votes, and the forensic audit of just one county turns up 54,000 invalid ballots, the election outcome is invalid and must be decertified while other counties are audited to get the full picture across the entire state.

So Much For Fixing Supply Chains: