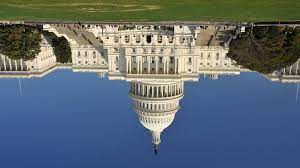 1_) I sincerely regret the emotional trauma some of you experienced when 1/1000th of the January 6 rally turned unruly. That was surely an ethical, tactical, and strategic error of those involved. Please accept my condolences for the fear and trauma any of you experienced on January 6 in the US Capitol at the hands of any in the MAGA movement.

2) While I do not claim to have originated the idea of the January 4-6 rally, I welcomed it, and in the weeks leading up to it repeatedly invited citizens to rally in Washington DC January 4-6 to register objection to an election we saw as rigged. While some were distressed at the putative defeat of a president they loved, the distress of many originated in clear insult to the foundational principle of our republic, that principle being (as our Declaration's opening phrases it), "just government derives its power from the consent of the governed" (such consent being determined in elections that are free, fair, and transparent, we believe). November 3's election had been anything but free, fair, and transparent, and millions decided to assemble in DC from January 4-6 to petition our government for redress of grievance.

Hate to Break it to You Folks, but Lynn Woods is a Tacky Kook

The Fake "Covid Pandemic" Was Orchestrated In Order to Impose Tyranny