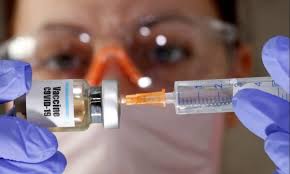 Professor Arne Burkhardt and Professor Walter Lang, who presented their findings at a press conference today (September 21, 2021), are both long-time experienced pathologists. Burkhardt headed the Institute of Pathology in Reutlingen for 18 years, and Lang headed a private institute specializing in lung pathology, among other things, for 35 years.

Both, in collaboration with other, unnamed pathologists, investigated ten deaths that had occurred after COVID-19 vaccination. They obtained the tissue material from the forensic pathologists who had first examined the cases. The decedents examined were all over 50.

Of the ten deaths, they found, five were very likely and two were probably related to vaccination; they considered one unclear, and in two they saw no causal relationship. What puzzled them, however, were the similarities among the cases they linked to vaccination.