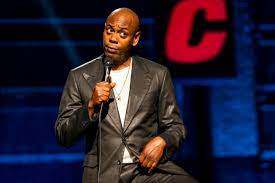 Ted Sarandos, the CEO of Netflix, sent a company-wide memo this week addressing the controversy over "The Closer," Variety reported on Wednesday.

"We know that a number of you have been left angry, disappointed and hurt by our decision to put Dave Chappelle's latest special on Netflix," Sarandos wrote, according to the trade publication.

"With 'The Closer,' we understand that the concern is not about offensive-to-some content but titles which could increase real world harm (such as further marginalizing already marginalized groups, hate, violence etc,)" he said.

"Last year, we heard similar concerns about '365 Days' and violence against women. While some employees disagree, we have a strong belief that content on screen doesn't directly translate to real-world harm," Sarandos said.