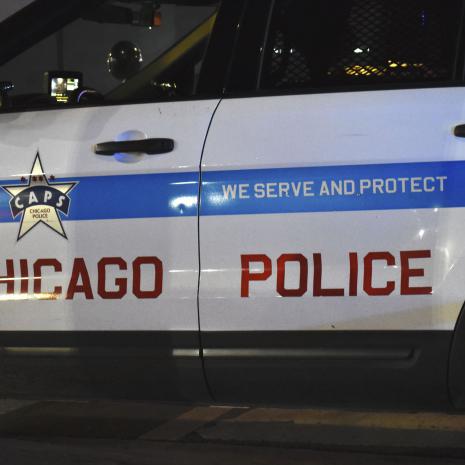 Up to 6,500 Chicago cops could be placed on unpaid leave for thumbing their noses at the city's just-expired deadline to get the COVID vaccine after the police union president warned Mayor Lori Lightfoot of a possible strike, resulting in a judge issuing a temporary restraining order against the cop late Friday night.

The feud between Lightfoot and head of the Chicago Branch of the Fraternal Order of Police John Catanzara escalated when Lightfoot brought the fight to court and filed a Complaint for Injunctive Relief against the police union and Catanzara.

She said in Thursday's filing that the police union president was 'engaging in, supporting, and encouraging a work stoppage or strike'.

The FOP fired back and filed a lawsuit against the city, mayor and police Superintendent David Brown, asking for more intervention on the matter, according to the Chicago Tribune.

She muzzled Catanzara, ordering that he not make another statement, video or tweet discussing Lightfoot's mandate, which required all civic employees, including 13,000 sworn-in Chicago police officers to report their vaccine status by Friday, October 15, or face unemployment.

Horan sided with Lightfoot, saying Catanzara was advocating for 'sedition' and 'anarchy' by directing cops to disobey government officials, according to the Tribune.

The restraining order will be in place until October 25, which is when another hearing is set to take place to discuss the dueling lawsuits.

Lightfoot appeared on CNN last night to discuss what the passing deadline means for the Chicago Police Department - the second-largest in the country.