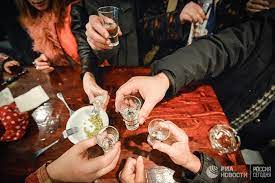 The Gaidar Forum is an annual event in Moscow hosted by the Russian Presidential Academy of National Economy and Public Administration, which brings together economist, Nobel Prize winners, leading professors, and representatives of the Russian and foreign elite to discuss the most acute problems of the day, especially as concerns Russia's position and strategic role in the world.

"We have managed to reduce the consumption of alcoholic beverages by 80% per capita…" Skvortsova stated. Meanwhile, "the number actively engaged in sports has grown by more than 40%."

She also noted that smoking among adults has dropped 22%, and has been reduced thrice over among children and adolescents.