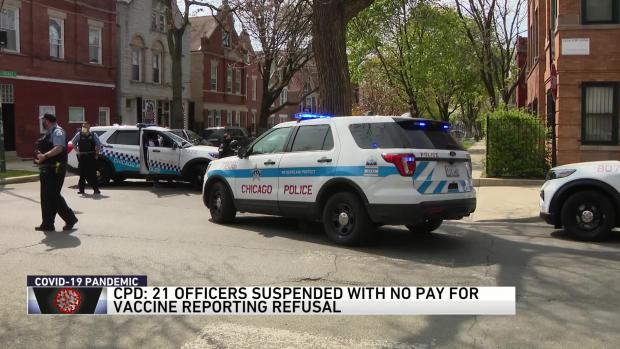 As of Oct. 15, all of Chicago Police Department's roughly 12,000 officers are required to share their vaccination status, outlets report, and those who aren't vaccinated must get tested for COVID-19 twice weekly. "Hey Chicago police officers, we're hiring!" an Indiana State Police spokesman said in a tweet on Thursday. "No vaccine mandate … lower taxes, great schools, welcoming communities." Chicago police officers who don't follow the new rules can have their pay and their powers suspended, WFLD reported. As of Tuesday, at least 21 officers have faced those consequences, police Superintendent David Brown told the outlet. Roughly two-thirds of Chicago's officers have submitted their vaccine status into Chicago's database, Brown told the station, and 82% of those are vaccinated.

ALERT: Its Starting... Theres Only ONE WAY This ENDS