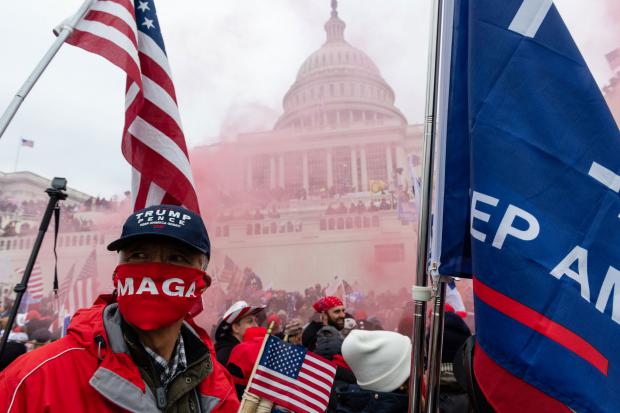 It wasn't worse than the American Civil War. It sure as hell wasn't worse than the 9/11 attacks. It was mostly a bunch of people walking around inside the Capitol Building. It's why Democrats don't want us to see all the security camera footage. It's bland and boring as hell—far from the "end of the republic" narrative they've been stroking for months. Get over it. Everyone else has—and the fact that hundreds have been arrested undercuts the reasoning behind creating a select committee to investigate how this happened. No one cares—especially now.

Yet, since hundreds are locked up as quasi-political prisoners, a judge seemed worried about deliberate mistreatment. One defendant had a broken wrist which required surgery. DC officials dithered on doing anything for four months. Why? Well, they wouldn't say, which is why they were held in contempt.

Judge Royce C. Lamberth called for an investigation into the conditions of the prisoners and the US Marshal Service has acted upon that request (via NBC4 Washington):

A week ago, a federal judge raised questions about the treatment of those Jan. 6 inmates at the jail after revelations one of the defendants had a broken hand that was allegedly improperly cared for.

The judge also formally found the jail warden and the director of the D.C. Department of Corrections in contempt of court for not responding to court questions about the medical care of Jan. 6 inmates.

The judge says he's referring the matter to the U.S. attorney general for a possible civil rights violation investigation.