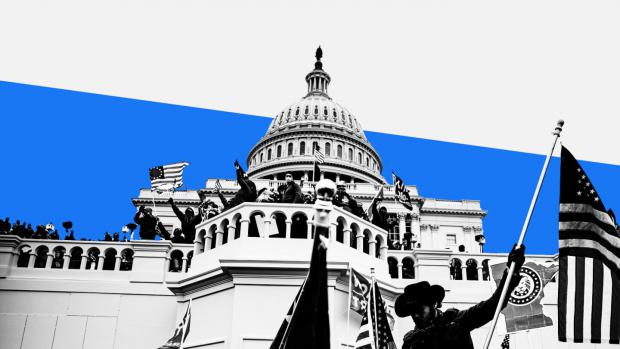 Whistleblowers at social media giant Facebook are saying the company didn't do enough to stop the spread of misinformation in the days and weeks leading up to, as well as during, the Capitol riot on January 6.

New internal documents provided by former Facebook employee-turned-whistleblower Frances Haugen provide a rare glimpse into how the company appears to have simply stumbled into the Jan. 6 riot.

Reports say that in California, Facebook engineers were racing to tweak internal controls to slow the spread of misinformation and inciteful content.

Emergency actions - some of which were rolled back after the 2020 election - included banning Trump, freezing comments in groups with a record for hate speech, filtering out the 'Stop the Steal' rallying cry and empowering content moderators to act more assertively by labeling the U.S. a 'Temporary High Risk Location' for political violence.

At the same time, frustration inside Facebook erupted over what some saw as the company's halting and often reversed response to rising extremism in the U.S.

'Haven´t we had enough time to figure out how to manage discourse without enabling violence?' one employee wrote on an internal message board at the height of the Jan. 6 turmoil.

'We´ve been fueling this fire for a long time and we shouldn´t be surprised it´s now out of control.'

It´s a question that still hangs over the company today, as Congress and regulators investigate Facebook´s part in the Jan. 6 riots.