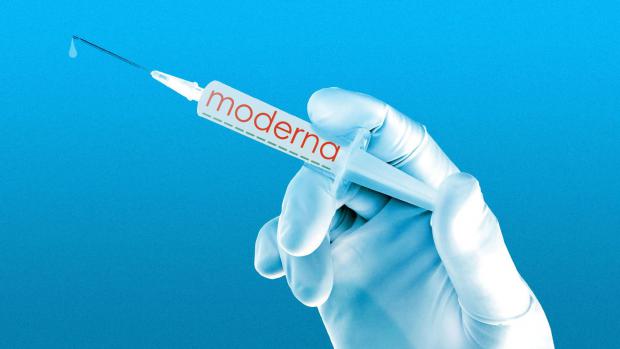 Moderna announced Tuesday morning that the U.S. based biotechnical company has reached a deal to ship around 110 million COVID-19 vaccine doses to Africa.

Africa is currently the world's least vaccinated continent, with only 8.4 percent of residents having received at least one shot of a Covid vaccine, and 5.5 percent fully vaccinated.

In order for this deal to go through, the U.S. allowed the African Union to jump ahead in line, deferring 33 million doses that were intended to be purchased by America between December and February.

'It is a great day for us,' the African Union special envoy on COVID-19, Strive Masiyiwa, told reporters, after African nations faced months of frustration over rich countries' vaccine hoarding and delayed deliveries of doses.

Moderna, which is based in Cambridge, Massachusetts, said the deal was done using its 'lowest tiered prices'.

'We believe our vaccine can play an important role in addressing the needs of low-income countries given its combination of high Phase 3 efficacy against COVID-19, strong durability in the real-world evidence, and superior storage and handling conditions,' Stephane Bancel, CEO of Moderna, said in a statement.