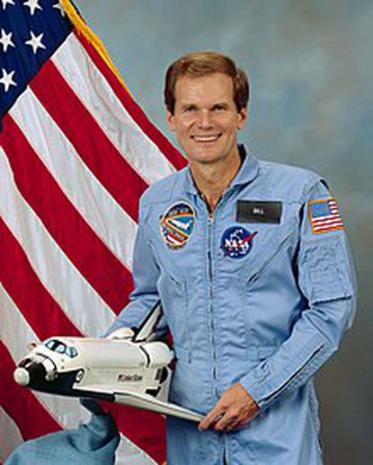 In his comments, Nelson pivoted almost immediately to a series of U.S. military encounters with mysterious flying objects, many of which appeared to maneuver in extraordinary ways while in restricted airspace.

After speaking with several of the naval aviators who observed the unknown craft, NASA's chief is convinced that the pilots "saw something, and their radars locked onto it." Asked to speculate about the nature of the phenomena, Nelson – an Army veteran, former senator and ex-astronaut – responded, "Who am I to say that planet Earth is the only location of a life form that is civilized and organized like ours?"

As surprising as his answer may be, Nelson is only the latest high-level official to hint that UFOs may have otherworldly explanations.

Asked in June about the military's recent encounters with mysterious craft, former President Bill Clinton – like Nelson – responded by pondering the vastness of the universe and the high probability of life existing beyond Earth. Similarly, former President Obama speculated about the extraordinary implications if recent incidents involved otherworldly objects. Of note, Clinton and Obama retain access to top-level intelligence briefings.

But that's just the tip of the iceberg. Queried about the Navy's encounters with UFOs, former CIA director John Brennan speculated that the objects might "constitute a different form of life." Channeling Clinton, Obama and NASA's Nelson, Brennan stated that "it's a bit presumptuous and arrogant for us to believe that there's no other form of life anywhere in the entire universe."