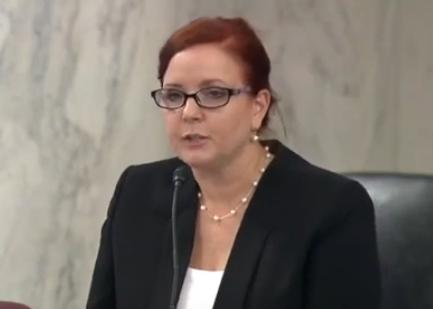 During a panel discussion surrounding vaccine mandates and injuries hosted by Senator Ron Johnson (R-WI), a US Army Surgeon said she had to "ground 3 out of 3 pilots" one morning due to vaccine injuries.

US Army Surgeon Theresa Long said she had to ground 3 pilots one morning due to vaccine injuries during a panel discussion hosted by Senator Ron Johnson (R-WI).

"The third pilot had been vaccinated and felt like he was drunk, chronically fatigued, within 24 hours of vaccination," Long explained. "The pilot told me he didn't know what to do, so he drank a lot of coffee to try and quote 'wake himself up,' and continued to fly until he realized it wasn't going away."

She explained that after alerting the vaccine injuries to her command, she was then told she would only be dealing with healthy patients from that point on."After I reported to my command my concerns that in one morning, I had to ground 3 out of 3 pilots due to vaccine injuries, the next day my patients were cancelled, my charts were pulled for review, and I was told that I would not be seeing acute patients anymore; just healthy pilots there for their flight physical," Long said.

Valencia, Spain: Police Officers Announce, "We Are with the People, Not with Corrupt Politician