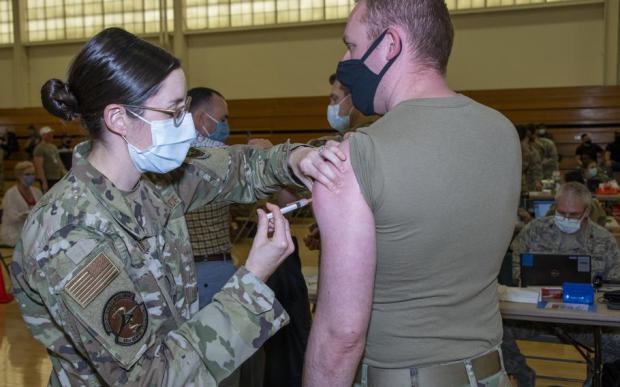 The Air Force missed its initial Nov. 2 deadline to vaccinate all its active-duty airmen, in large part because the service is still sorting through thousands of requests for exemptions, officials said. Most notably, Air Force officials received nearly 5,000 requests for religious exemptions but have granted none of them, according to the service's COVID-19 statistics dashboard.

Service officials have dealt with all of the requests for medical and administrative exemptions, approving 1,634 of the former and 232 of the latter.

Military chaplains have been charged with determining the "severity of religious conviction" of those airmen who requested religious exemption, Stars and Stripes reported last week. In an attempt to prevent non-religious airmen from claiming religious exemption, the approvals are being made on a case-by-case basis.

While religious exemptions have long been an option for various Defense Department policies, the archbishop for the military released a statement in mid-October reiterating to Catholic troops specifically that a religious exemption should be within their rights.

"No one should be forced to receive a COVID-19 vaccine if it would violate the sanctity of his or her conscience," said Archbishop for the Military Services Timothy P. Broglio, in a statement released Oct. 12.