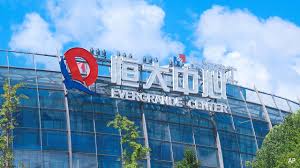 (Natural News) This past Tuesday I reported that Dr. Marco Metzler, former Fitch analyst and now of DMSA (Deutche Mrkt Screening Agentur GmbH) has announced that the past due interest payment on China Evergrande Group's offshore international bonds that all of the western media reported as supposedly paid by Evergrande could not be confirmed. Today, he is stating that a second interest payment ($47.5 Million) allegedly made by Evergrande according to the western media last night has not been paid, once again contradicting mainstream media reports.

According the the GMBH News Release dated today (10/29/21)…'For the second time in a week, China Evergrande Group has apparently technically defaulted on interest payments to international investors.'… and in the opening paragraph goes on to say…'Should the Evergrande insolvency not only drag down China's real estate sector, but the entire economy of the country, we will see even bankruptcies of major international banks – such as HSBC, fears DMSA senior analyst Dr. Marco Metzler.'…

…' But there has been no official confirmation of any payment of that interest by the close of business at Hong Kong banks'…continued Metzler. Besides Encouraging Angels, the only other known doubts that concur with Metzler appear in a recent report in the Financial Times Metzler says in the press release. In that document, Dr. Metzler goes on to state that no one replied to their inquiries as to an actual confirmation of the payments to creditors by Evergrande.