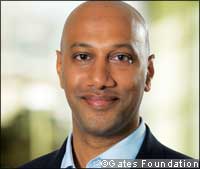 Now I was listening.

I did not know it then, but I've since learned from Michael Lewis's (mostly terrible) book The Premonition that Venkayya was, in fact, the founding father of lockdowns. While working for George W. Bush's White House in 2005, he headed a bioterrorism study group. From his perch of influence – serving an apocalyptic president — he was the driving force for a dramatic change in U.S. policy during pandemics.

That was 15 years ago. At the time, I wrote about the changes I was witnessing, worrying that new White House guidelines (never voted on by Congress) allowed the government to put Americans in quarantine while closing their schools, businesses, and churches shuttered, all in the name of disease containment.

I never believed it would happen in real life; surely there would be public revolt. Little did I know, we were in for a wild ride…