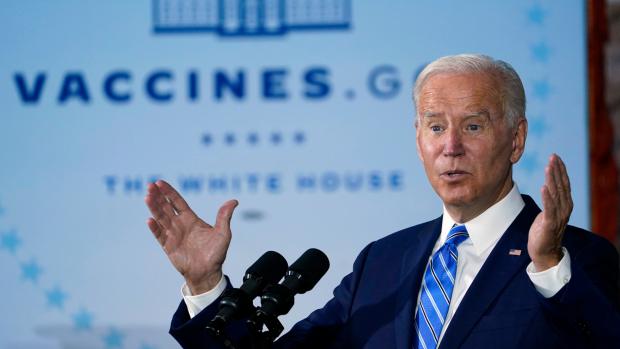 OSHA announced Wednesday on its website the suspension of Biden's vaccine mandate program, while defending the agency's authority to implement it.

On November 12, 2021, the U.S. Court of Appeals for the Fifth Circuit granted a motion to stay OSHA's COVID-19 Vaccination and Testing Emergency Temporary Standard, published on November 5, 2021 (86 Fed. Reg. 61402) ("ETS"). The court ordered that OSHA "take no steps to implement or enforce" the ETS "until further court order." While OSHA remains confident in its authority to protect workers in emergencies, OSHA has suspended activities related to the implementation and enforcement of the ETS pending future developments in the litigation.

The Fifth Circuit explained in its Friday ruling that OSHA's attempt to police U.S. health policy "runs afoul of the statute from which it draws its power and, likely, violates the constitutional structure that safeguards our collective liberty."

"For similar reasons, a stay is firmly in the public interest. From economic uncertainty to workplace strife, the mere specter of the Mandate has contributed to untold economic upheaval in recent months," the court stated.