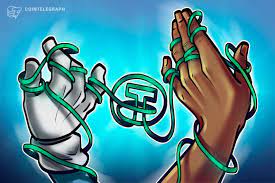 "Hyperbitcoinization won't magically happen on its own," said John Carvalho, CEO of Synonym, in a statement sent to Bitcoin Magazine.

"In order to live in a world without big banks, oppressive regulation, or Big Tech presiding over our lives, we need a strategy and ecosystem to replace the legacy economy. That is where Synonym comes in."

Synonym builds software to empower the Bitcoin and Lightning networks to encompass more use cases and free users from depending on traditional finance applications and systems.

"By combining the Lightning Network's speed and efficiency with an architected ecosystem of open P2P platforms and applications, Synonym hopes to accelerate Bitcoin's ability to act as an independent, self-regulated economy," per the statement.

At launch, Synonym is releasing Slashtags, a protocol that leverages a web of trust model to create interoperable, uncensorable networks connected via encrypted private channels and feeds. Plans for Slashtags include a search and publishing platform that enables users to create and monetize data and a user-centric decentralized social media platform.

"Synonym will also release Blocktank, a full-service 'Lightning Service Provider' (LSP), which will allow businesses, platforms, apps, or Bitcoiners to configure and purchase Lightning Network connections and liquidity instantly," according to the statement.

"It's Digital Gold": Half Of Billionaire Bill Miller's Personal Wealth Is Tied To