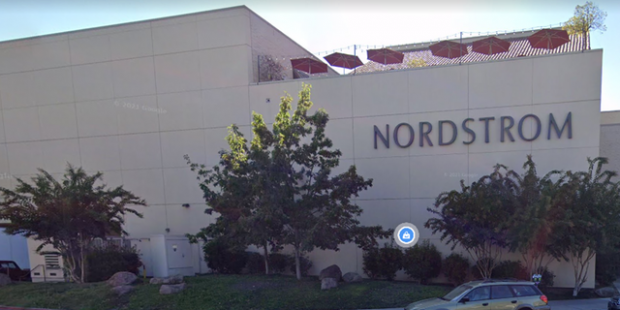 Eighty looters ransacked a Nordstrom store in California's Bay Area on Saturday night, injuring at least three employees in a raid that lasted less than a minute.

The large group,wearing ski masks and carrying crowbars, rushed the Walnut Creek store, stole an undetermined amount of merchandise and fled in their vehicles.

During the theft, two Nordstrom workers were punched and kicked, while another was sprayed with pepper spray. All three individuals were treated for their injuries on scene.

Walnut Creek police have arrested three people in connection to the incident and they are facing various charges including robbery, conspiracy, burglary, possession of stolen property and a weapons charge.

The brazen robbery comes as Bay Area businesses reduce their hours due to a spate of brazen shoplifting incidents. Locals are also slamming woke San Francisco District Attorney Chesa Boudin over his failure to prosecute thefts.

San Francisco has also seen an uptick in property theft since a local law downgraded the theft of property less than $950 in value from a felony charge to a misdemeanor in 2014.  Store staff and security now tend not to pursue or stop thieves who have taken anything worth less than $1,000.

Dozens of officers responded to the scene around 9pm after Walnut Creek police received reports that approximately 80 people had run into the Nordstrom store and began looting and smashing shelves.

She said approximately 25 cars were blocking the street as the gang of thieves stormed the store, some brandishing weapons.

Fact-Checking Fauci's Testimony: "The Trouble Is That His Financials Are NOT Available