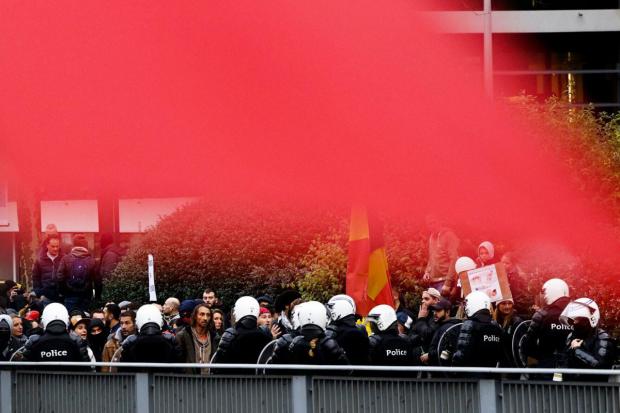 Demonstrations against new virus restrictions were observed in Austria, Croatia, Italy, Northern Ireland, the UK, France, Germany, and the Netherlands. Outside of Europe, protesters were seen in several cities across Canada, Australia, Japan, and even the US. Some marked Saturday as part of a "Worldwide Freedom" rally to protest COVID-19 restrictions and vaccine mandates.

Some of the most intense rallies, which turned into riots, were in the port city of Rotterdam. Clashes between protesters and police began Friday and continued through Saturday night.

About 30 minutes away, protests transformed into riots in Hague.

Protesters across many European cities shared commonalities as they marched to preserve their lives and liberty. Governments are attempting to plunder that via increased COVID restrictions, mandatory health passports, and forced vaccinations.

The worst of restrictions, or rather the government's plundering of liberties, was in Austria, where full lockdowns begin Monday. Nationwide lockdowns are expected for at least ten days but can be extended to more than two weeks. Then by Feb. 1, the government will make vaccinations mandatory (only 66% of Austria's 8.9 million people are fully vaccinated). Good luck with that one.