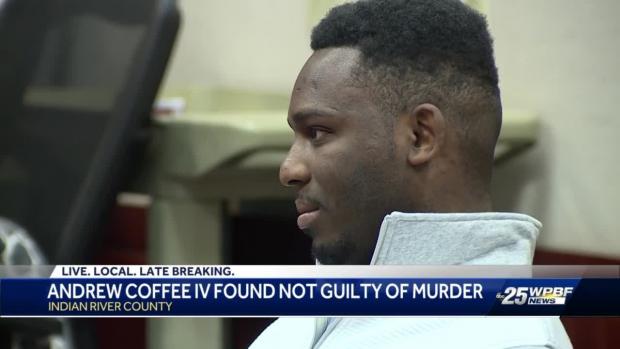 Last Friday, the internet and streets erupted in both anger and joy after a jury of his peers found Kyle Rittenhouse 'not guilty' on all charges. The jury determined that Rittenhouse acted in self-defense and therefore was justified in killing two people and injuring another.

To those who watched that trial, this was the logical conclusion yet people are still hell bent on calling him a hero or a villain, when in reality, he is neither. Acting in self-defense is a natural choice. It is acting in defense of others that is heroic.

While the corporate media vultures picked the Rittenhouse trial clean of every single divisive fleck they could to keep society at each other's throats, they conveniently ignored another trial in which that man actually did act in a heroic manner. Andrew Coffee IV attempted to save he and his girlfriend's lives by firing at multiple home invaders who crashed into his bedroom window in the middle of the night.

Unfortunately, Coffee was unsuccessful at saving his girlfriend, Alteria Woods, and the home invaders shot her ten times. The details of this case, on the surface, were cut and dry, and Coffee should have never gone to trial. However, because those armed invaders who killed his girlfriend wore badges, Coffee went to jail and was charged with Woods' murder. He was also charged with the attempted murder of the three officers who smashed in his window that night and killed his girlfriend

This horrific incident unfolded in 2017, yet unlike Rittenhouse, it took Coffee four years to get his trial and on the same day Rittenhouse was found not guilty of murder, so was Coffee.

As the media obsessed over Rittenhouse, jurors found Coffee not guilty on charges of felony murder and attempted murder of a law enforcement officer, on Friday. They determined he acted in self-defense when firing at deputies during that SWAT raid in 2017.