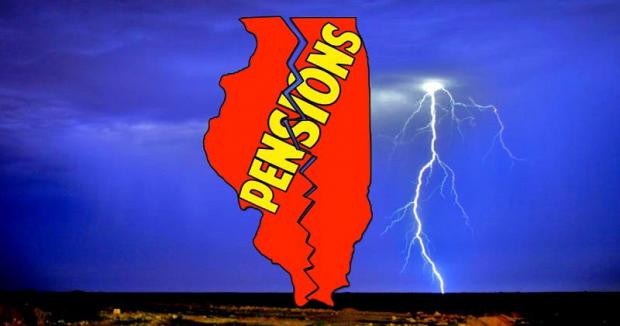 Moody's estimate of Illinois' retirement debts, made up of pension and retiree health shortfalls at the state and local level, hits $530 billion in 2020.

This is despite a massive multi-year stock market rally and huge tax hikes that went to pension funds and little else.

Illinois just reached an alarming milestone: each Illinois household is now on the hook for, on average, $110,000 in government-worker retirement debts. That figure is the result of dividing Illinois' $530 billion in state and local retirement shortfalls among the state's 4.9 million households. In 2019, the burden was $90,000 per household.