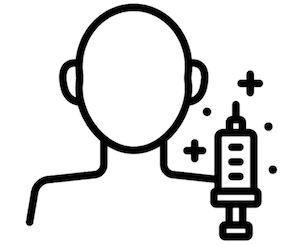 This past March we reported that Franklin Graham, the president and CEO of Samaritan's Purse and the Billy Graham Evangelistic Association, told his 9.6 million Facebook followers that: "I think Jesus Christ would advocate for people using vaccines and medicines," proving that he is one of the Globalists participating in the distribution of COVID-19 gene altering shots. See:

Franklin Graham was just released from the Mayo Clinic in Rochester, Minnesota, where he underwent heart surgery for pericarditis (inflammation and hardening of the sac around the heart that compresses the heart and prevents it from working properly,) a known side effect of the COVID-19 shots.

Members of his organization state that he just developed this condition within the "past few months," and that "he had been experiencing shortness of breath for some time."

He and his family are fully vaccinated against COVID-19. (Source.)

Samaritan's Purse CEO Franklin Graham has been released from the Rochester hospital where he recently underwent a successful specialized heart surgery. The 69 year old took to social media to share a new health update, wherein he also thanked the doctors and medical staff who attended to him over the past couple of weeks.

"Because so many of you have prayed, sent encouraging messages, and asked how I was doing, I wanted to let you know that I was released from Mayo Clinic in Rochester, MN, yesterday, after a specialized surgery last Monday," Graham wrote on his Facebook page.