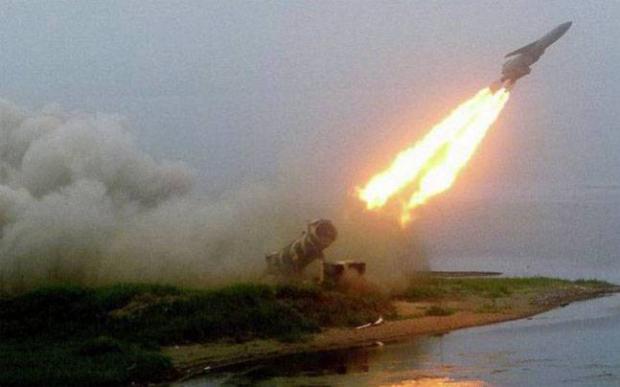 Russia today announced it has started serial production of its deadly 6,670 mph Zircon - or Tsirkon - hypersonic missile amid acute tensions with the West.

The 'unstoppable' weapon is being rushed into manufacture even before the end of state trials, reported TASS.

The go-ahead for full-scale production at a top-secret plant at Reutovo, near Moscow, follows recent 'successful' tests of the Mach-9 capable missile which Russia boasts will evade all Western defences.

'Serial production of Tsirkon missiles is underway at NPO Mashinostroyenia (plant), although state trials of this product's surface launches will continue,' said an informed source.

Vladimir Putin has ordered the missile to be deployed next year by the Russian Navy boasting that it is 'truly unparalleled…in the world'.

Most recently, there was a successful test of the hypersonic missile from a frigate in the White Sea on 18 November.

A month earlier the Zircon was fired from a submarine for the first time.

It has been identified by Moscow's state-controlled TV as Vladimir Putin's weapon of choice to wipe out American cities in the event of an atomic conflict.

It can strike targets at a distance of more than 625 miles.

Relations with the West are deeply strained over Russia's reported troop build-up near its border with Ukraine, triggering fears of invasion.