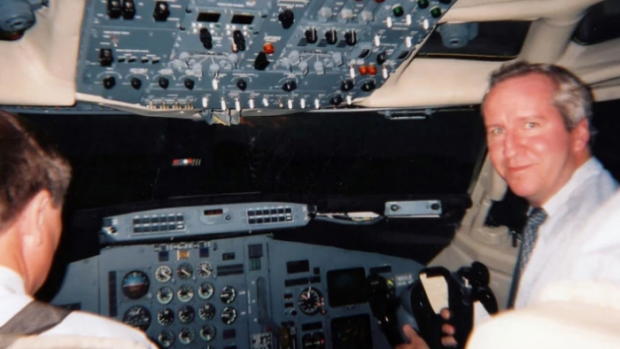 The first witness called in the Ghislaine Maxwell trial yesterday was the pilot of the infamous "Lolita Express", which flew Epstein and whoever he was palling around with at the time to the disgraced financier's private island.

The list of those who flew with Epstein reportedly includes Bill Clinton, Donald Trump and Prince Andrew.

The pilot, Lawrence Paul Visoski Jr., was hired by Epstein in 1991. He was asked Monday about Epstein's relationship with Maxwell, which he called "couple-ish", but not romantic.

"I wouldn't even categorize it as romantic," he said during direct examination on Monday.

He did, however, note the relationship was  "more personal than business," the NY Post reported on Monday.

According to the NY Post, Visoski said that he never witnessed Maxwell or Epstein hold hands or kiss, and testified that Maxwell "managed Epstein's many households", including hiring staff and decorating the residences.