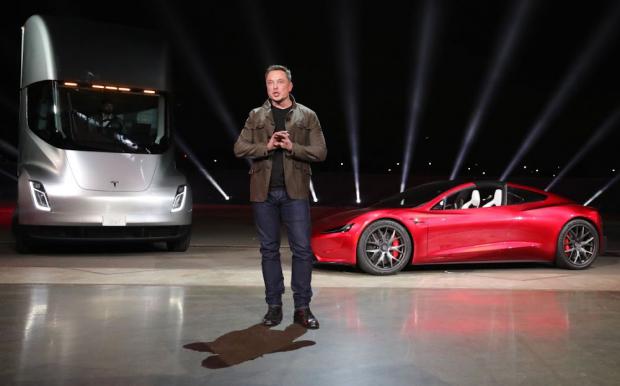 Now, a prominent Harvard historian sets the development of Elon Musk in proper historic context: raised in a technocrat home and steeped in science fiction. Musk is no leftist but his view of Utopia has more in common with Dystopia as he seeks to save the world by colonizing outer space. Yes, Musk is a Technocrat and he is reshaping the world. ? TN Editor

Where does Elon Musk get his ideas from? What is he trying to achieve and who does he want to be? Many of us are desperate to understand the world's richest man, whose electric vehiclemaker Tesla is now, according to the stock market, worth a trillion dollars. Jill Lepore, a historian at Harvard University, suggests Musk was shaped by his adolescent love of science fiction and the strange, science-obsessed politics of his Canadian grandfather.

Joshua Haldeman was a flamboyant character. Trained as a chiropractor, he performed in rodeos and sought adventure as an amateur archaeologist and pilot. After emigrating to SA with his family, he led a series of expeditions to find the mythical Lost City of the Kalahari. He died in 1974, when Elon was still a small child, but a photo shows that grandfather and grandson bear an uncanny resemblance.

In the 1930s, Haldeman led the Canadian branch of the Technocracy movement,  when "technocrat" meant something very different from a bland centrist politician. Then, it was a uniformed movement that marched under the Monad, or yin and yang, symbol, aiming to replace democracy with a society led by engineers. According to Lepore, Haldeman's politics may have been his key bequest to his grandson.

Believing that science and technology could cure all ills, Haldeman campaigned for the capitalist monetary infrastructure to be replaced by a new universal currency, based on a unit of heat, to be known as the erg. The technocrats even wanted an end to prices, in the view that scientists could handle distribution within society far better than the market.