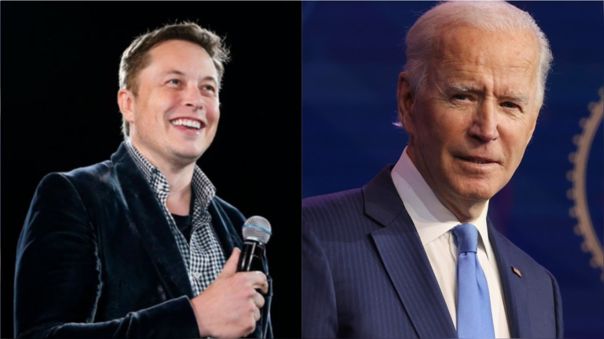 Tesla founder Elon Musk tore into President Joe Biden's 'Build Back Better' plan Monday over over its regulatory framework – even as the plan prepares to provide big subsidies for electric cars.

Musk, who has gone after Democratic tax policies in the past, slammed the proposal in an interview with the Wall Street Journal.

He even went after the $1.8 trillion bill's programs meant to greatly reduce the costs of electric vehicles, with subsidies for purchasers as well as manufacturers – though in House bill language it goes only to union shops who make vehicles in the U.S.

That means it helps General Motors but not necessarily Tesla or foreign manufacturers like Toyota, who do not have a unionized workforce in their U.S plants.

'Honestly, it might be better if the bill doesn't pass,' Musk told the Journal's CEO Council Summit.

'I'm literally saying get rid of all subsidies,' he said.

The billionaire SpaceX founder, who has been unloading assets, also went after pay-fors in the Biden plan, which provide funds for climate change, universal pre-K, elder care, and other programs.