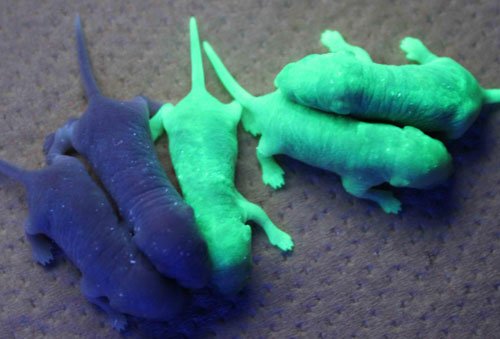 Sure, you can buy a flying car from Hammacher Schlemmer. But for truly bizarre catalog collections, turn to America’s laboratory supply companies. It’s a fair bet your favorite holiday catalog will not include a small-animal guillotine, for instance.

Or how about a dissection kit, a rat with Parkinson’s disease, or some cocaine free base? Don’t worry, it’s for science.

These are just a handful of the weird, morbid, or questionable-sounding items you can find in catalogs offered by life science and technology research companies. In the spirit of giving this holiday season, we searched the best-known laboratory supply companies to come up with some rare gems, and we even threw in some sale items for you frugal types.

Some of the items, like lab rats and Schedule II controlled substances, would require special paperwork. But technically, anyone can buy a $950 fireproof hazard suit.

Enter the SciMall gallery to see some of our favorites.
Rats with Parkinson’s, Schizophrenia, and Cancer
via Sigma-Aldrich

Life sciences firm Sigma-Aldrich has a line of knockout rats produced with its line of zinc-finger nucleases, artificial enzymes that can knock out certain sequences of a genome. The new rat models — a term scientists use to describe an animal being used for medical research — can be used to study various neurobiological disorders, like Parkinson’s disease, schizophrenia, dementia and depression. Rat physiology is very similar to humans.

During the past year, the company worked with the Michael J. Fox Foundation to make the first Parkinson’s rats. Genes known to be associated with Parkinson’s are knocked out, providing a rat with the biochemical, physiological and behavioral characteristics of Parkinson’s. Sigma went with rats because mice don’t have very complex nervous systems, according to Dave Smoller, president of Sigma’s Research Biotech division. “Parkinson’s models in mice don’t shake, so maybe rats will be a better model,” he said.

Sigma also sells off-the-shelf rats, and offers rats and mice with knockout genes made to order, Smoller said. “If someone has enough they want, we will make it for them,” he said. The Parkinson’s rats are not available yet, but Sigma’s knockout rat catalog has about a dozen other specimens. The Mdr1a knockout rat, for instance, can be used to study cancer.

The animals are shipped worldwide in climate-controlled containers to “ensure safe, clean and comfortably stress-free travel,” according to Sigma’s website.

Prices and suppliers vary.
Invitrogen's Qtracker 565 non-targeted quantum dots are designed for in vitro imaging of small animals; $432 for 200 µl.

These tiny semiconductors are used in items ranging from energy-efficient displays and lighting to pharmaceutical testing and quantum computers. Their behavior is somewhere between traditional semiconductors and individual molecules.

Their sizes and capabilities range, depending on their use — researchers have used them in transistors, solar cells, LEDs, and more. Most quantum dots are made from cadmium mixed with tellurium, selenium or sulfur.

Invitrogen’s Qdot Nanocrystals are fluorophores, which absorb photons of light, then re-emit photons at a different wavelength. They can be useful for medical imaging, because they can be easily coupled to proteins, synthetic DNA strands or other small molecules, which can then be imaged.