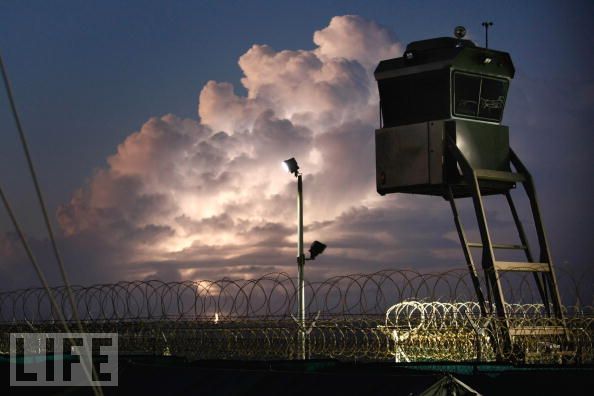 
These things are purchased with Obama Stimulus funds. Stimulate the economy by turning it into a prison yard?

4 Comments in Response to Mobile Prison Guard Towers Coming to a Walmart near You! Unbelievable.

I don't know about 'your account', but the info John sent me in an e-mail about his hearing WAS INCORRECT, and I had to verify that with him before I could publish anything.  I just got off the phone with him and, I was right.  He'll be sending out a correction to his ShowMetheLoan list later today, with links to the FP story and the MeetUp event posting:

We are having a Sign-Wave in front of the courthouse at 8 a.m.

I'm sure the post will be floated onto the Global Edition Front page once it's noticed, and I hope you get your account straightened out.

At first I was like, "whoah, look at those hydraulic lines out there in the open":

But, then I realized, "nah, that's just the electrical lines from the generator to the cab and from the cab to the hydraulic valves.  The actual hydraulic lines are down here next to the generator, hydraulic pump, and gas tank":

I told myself, "Myself, that doesn't seem very tactical."  But, then, I remembered that this was the same organization that bought $250,000 worth of Quadro Trackers.

Now We Know How Germany Let It Happen

Police In California Plan To Use Drones To Enforce Quarantine Lockdown