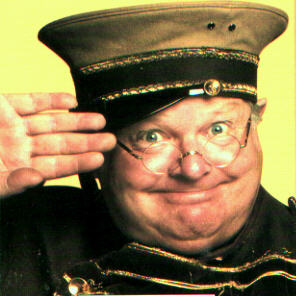 RIOTING inmates have caused heavy damage to a low-security prison, smashing windows and setting fires that have engulfed buildings and spewed clouds of black smoke.
Police try to stop riot at UK prison

Specialist police were sent into a UK prison after 40 prisoners started a riot and set alight to buildings.

Fires burned into the afternoon at Ford open prison following disturbances that broke out at around midnight after inmates rebelled against attempts to force them to take breathalyser tests on New Year's Eve.  An official of the prison officers union has said a large amount of illicit alcohol had been found in at the lockup.

Officials said the fires had been contained after about 16 hours.

Prisons Minister Crispin Blunt has said 150 prisoners were being confined because they were involved in the disturbances or because their normal accommodation had been damaged.

Mark Freeman, deputy general secretary of the Prison Officers Association, has said six ringleaders of the violence have been identified.  Three were detained, while three others were hiding among other inmates, Mr Freeman said.

Six accommodation blocks, a snooker room, a pool room, a gym block and a mail room had been destroyed, he has said.

Mr Freeman has said a large amount of alcohol had been found at the prison.  "This has been a long time waiting to happen," he said.

"Staff have been running around trying to breathalyse prisoners. It's been reminiscent of the end scenes of

- the only thing missing was the music."

Officials have said about 40 inmates at the prison near Arundel, 95km south of London, began the disturbance at around midnight after some prisoners refused to take breath tests for alcohol. Some wore balaclavas to prevent identification.

At the time, only two prison officers and four support staff were on duty, Mr Freeman said.

Prison staff retreated and specialist officers were called in to handle the riot, the Ministry of Justice has said. There were no immediate reports of injuries to staff or inmates.

The prison houses up to 500 offenders with less than two years remaining on their sentences to prepare them for release.

"This is an extremely unusual event in an open prison because prisoners have a great deal to lose and they are, certainly as far as any influence I can bring to bear, going to lose it," Mr Blunt has said on BBC radio.

"I want to make quite clear to prisoners who were witness to these events, even if they were not directly perpetrators themselves, that they are expected, as part of being in an open prison, to cooperate with the authorities, and if we fail to get full and frank disclosure from people who were witness to these events that will be part of the reason why those people will not be returning to open conditions."