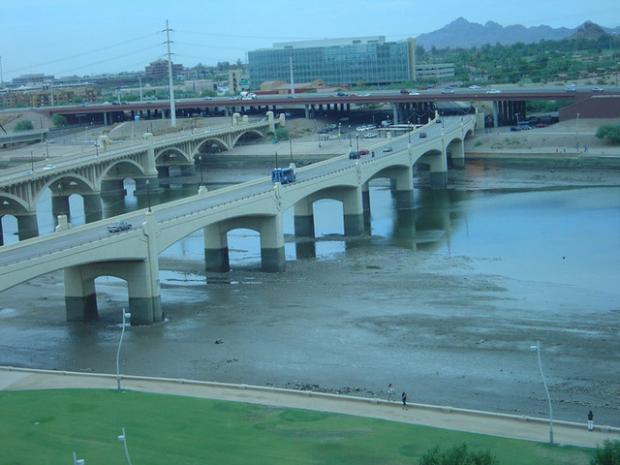 BAGHDAD - In the spring of 2008, Gen. David H. Petraeus decided he had spent enough time gazing from his helicopter at an empty and desolate lake on the banks of the Tigris River. He ordered the lake refilled and turned into a water park for all of Baghdad to enjoy.

The military doctrine behind the project holds that cash can be as effective as bullets. Under Petraeus, the top U.S. commander in Iraq at the time, that principle gained unprecedented emphasis, and it has become a cornerstone of the war effort in Afghanistan, now under Petraeus's command.

But today the Baghdad park is nearly waterless, more than two years after a U.S. military inauguration ceremony that included a marching band and water-scooter rides. Much of the compound is in ruins, swing sets have become piles of twisted steel, and the personal watercraft's engines have been gutted for spare parts.

The troubled history of the venture speaks to the limitations and mishandling of a program that has provided U.S. military commanders with $5 billion for projects in Iraq and Afghanistan over the past six years. The program has given officers enormous flexibility to address urgent needs with few bureaucratic hassles.

But in many cases, such as that of the Jadriyah Lake park, the investments under the plan, known as the Commander's Emergency Response Program, have created no more than a temporary illusion of progress. They have also shown a lack of U.S. foresight and highlighted the shortcomings of an Iraqi government the Americans were trying to boost.

U.S. military officials say the program has been an invaluable tool to turn enemies into friends and to marginalize extremist groups and counter the root causes of instability. But U.S. lawmakers and government auditors have criticized the way the program has been run. They say commanders have used it to build large and often-unsuitable projects of dubious value. Critics say smaller initiatives funded by the program have received little oversight, making it difficult to gauge their effectiveness. Often, Iraqi officials provided little, if any, input in the ventures, damaging their long-term viability.

Recently, even some U.S. commanders have begun voicing reservations about the fund, saying there is little evidence that the millions pumped into the Iraqi economy during and after the U.S. troop surge in 2007 achieved the intended results.

In a few cases, some commanders say, the money did more harm than good.

Lt. Col. Dennis Yates, a lanky, 6-foot-2-inch commander with a New Jersey accent, was responsible for the area that included the lake. He was uneasy about the prospect of spending $1 million and his men's time on the project, given that much of Baghdad remained a battlefield.

"It was a run-down, dilapidated mess," said Yates, who was tasked with renovating the park in spring 2008. "The lakes were drained, and the restaurants and stands were all abandoned and looted. There were craters in the asphalt from mortar and rocket shells."

Shiite militias were then battling U.S. and Iraqi forces in Baghdad daily, and scores of rockets were being lobbed at the Green Zone, which is across the river from the park.

"We did run a danger of looking like Nero playing the fiddle while Rome burned," Yates said in a recent interview.
[more...]

Ahead of Recession, California Faces a $25 Billion Budget Problem With Ongoing Deficits

US Debt-Servicing Costs Skyrocket: $1.4 Trillion In Interest Payments On Deck

UKRAINE IS A BLACK HOLE SUCKING MONEY FROM THE WEST

What's happening to your money?

A $31 Trillion National Debt Should Matter To You