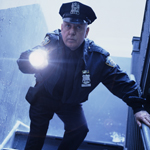 Crash taxes' are growing in popularity among cash-strapped California cities ... Drivers who cause accidents in at least 50 cities can be billed for the police and firefighters who show up ... One more good reason to drive safely in California: If you cause an accident, you may be on the hook to pay the police and firefighters who show up to help. At least 50 cities in the state have adopted so-called crash-tax laws allowing local governments to seek reimbursement from insurance companies for the costs of sending public emergency crews to accident scenes. The fees can amount to hundreds or even thousands of dollars. If insurers don't pay, cities can hire collection agents to seek payment from the motorists involved. – LA Times

1 Comments in Response to Desperation of US Government Workers

This is what we pay taxes for.  Screw them!