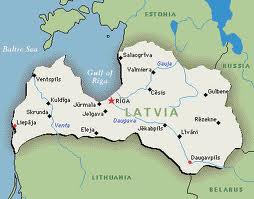 Latvia is broke… I’m talking flat broke– more than Spain, Greece, California, etc. And because this small Baltic, former Soviet republic is not in the Eurozone, it’s generally been left for dead by the EU’s larger economies save a few handouts here and there.

Latvia has recently taken matters into its own hands, establishing a unique new policy that entitles foreign investors to Latvian residency, as long as they meet minimum criteria.

This is a big deal, and I think it is all part of a new trend that will grow stronger in the coming years: governments competing for residents and citizens.

It’s true that the fat, broke, bloated, dominant economies of the old western hierarchy are in decline– we all know that the EU is a financial disaster zone, and the US is insolvent to the tune of negative $14 trillion (12 zeros).
Read Full Story