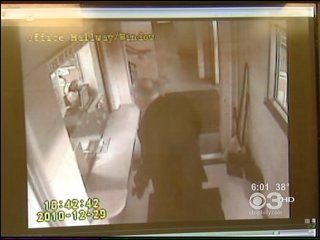 WILMINGTON, Del. (CBS) – Eyewitness News has obtained exclusive surveillance video of a former presidential aide that was taken two days before his body was found dumped in a Delaware landfill.

The body of John Wheeler III was found in the Cherry Island landfill in Wilmington on New Year’s Eve.

The video shows a man that appears to be Wheeler entering the lobby of a parking garage at 5th and King Streets in Wilmington on December 29.

An employee of the parking garage said Wheeler look disheveled and said he was looking for his car. The employee also said his right shoe, which appeared to be broken, was in his right hand.
Read Full Story