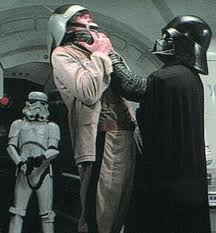 The Obama Administration is moving to increase the security of classified information in response to the massive leaks of classified documents to Wikileaks in recent months.  The White House Office of Management and Budget yesterday issued a detailed memorandum (pdf) elaborating on the requirement to conduct an initial assessment of agency information policies and to initiate remedial steps to tighten security.  Agency assessments are to be completed by January 28.

The Wikileaks model for receiving and publishing classified documents exploits gaps in information security and takes advantage of weaknesses in security discipline.  It therefore produces greater disclosure in open societies, where security is often lax and penalties for violations are relatively mild, than in closed societies.  Within the U.S., the Wikileaks approach yields greater disclosure from those agencies where security is comparatively poor, such as the Army, than from agencies with more rigorous security practices, such as the CIA.

What this means is that Wikileaks is exercising a kind of evolutionary pressure on government agencies, and on the government as a whole, to ratchet up security in order to prevent wholesale compromises of classified information.  If the Army becomes more like the CIA in its information security policies, or so the thinking goes, and if the U.S. becomes more like some foreign countries, then it should become less vulnerable to selective security breaches.