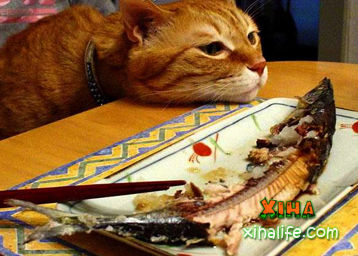 The mass bird and fish die-offs that have affected parts of the U.S. over the last week have now gone global, with Sweden, Brazil and New Zealand becoming the latest countries to experience a phenomena that has sparked both scientific intrigue and apocalyptic panic in equal measure.

Following the sudden deaths of thousands of birds that fell over Beebe Arkansas on New Year’s Eve, in addition to 100,000 dead fish found along a 20-mile stretch between the Ozark Dam and Highway 109 Bridge in Franklin County, 500 dead blackbirds and starlings were subsequently discovered in Pointe Coupee Parish, Louisiana.

Large numbers of dead birds were also found in Kentucky around Christmas and more were found in the following days. Earlier this week, tens of thousands of small fish were found washed up in the Chesapeake Bay area. Despite their deaths being blamed on a cold snap, experts are bewildered that the fish didn’t swim to warmer waters as would be their normal response.

In a separate report emailed to us by an Alex Jones Show listener, more dead birds were seen near St. Louis, Missouri.

“I just wanted to let Alex now that I encountered over a hundred blackbirds killed on Christmas Day. This was about 30 miles south of St. Louis, MO near highway 55. The intersection was covered with them,” states the email.

The phenomenon has now gone global, with dead jackdaw birds falling to their deaths across central Sweden shortly before midnight on Tuesday.

In New Zealand, hundreds of dead snapper have washed up on Coromandel beaches. The fish looked fat and healthy, ruling out the weather or starvation as a cause of death.

“People at Little Bay and Waikawau Bay, on the north-east of the peninsula, were stunned when children came out of the sea with armfuls of the fish and within minutes the shore was littered with them,” reports the Sydney Morning Herald.

Meanwhile, in Brazil, 100 tons of fish (sardine, croaker and catfish) have turned up dead off the coast of Parana over the course of the last week.

“Apart from Paranagua, (Edmir Manoel) Ferreira said the dead fish are starting to appear in other coastal towns,” reports Parana Online. “The dead fish are going to Antonina, and Guaraqueçaba. We need an urgent solution to this,” he warned.

The number of different cases of dead birds and fish around the U.S. and globally has been matched by the myriad of different explanations as to the cause of their demise. While some theories are rooted in scientific verbiage, others have taken on an altogether more spiritual and apocalyptic context.

License Plates Could Be Printed On McDonald's Bags To Stop Littering

The Return of the Wild Turkey

Germany to pull out of fossil fuel treaty

While Failing to Save the Planet

Studies: Current atmospheric carbon dioxide levels NOT a threat to humans or the environment

Here's Why We're Going Back to Coal…