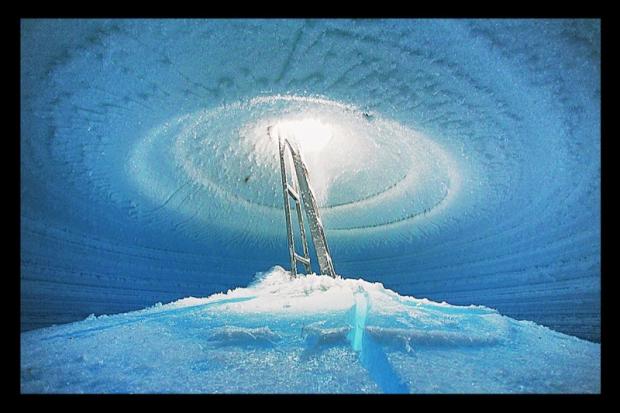 Lake Vostok, which has been sealed off from the world for 14 million years, is about to be penetrated by a Russian drill bit.
The lake, which lies four kilometres below the icy surface of Antarctica, is unique in that it's been completely isolated from the other 150 subglacial lakes on the continent for such a long time. It's also oligotropic, meaning that it's supersaturated with oxygen -- levels of the element are 50 times higher than those found in most typical freshwater lakes.