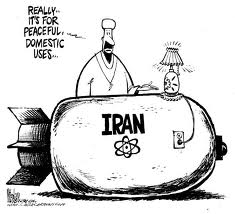 TEHRAN (Reuters) – Iran has arrested a "network of spies" linked to Israel's Mossad intelligence service which it blames for the assassination of an Iranian nuclear scientist in 2010, Iran's state television reported on Monday.

Tensions are running high between Iran and Israel, which has not ruled out military strikes on the Islamic Republic if diplomatic efforts fail to resolve a row over Tehran's nuclear programme.

Iran has vowed to retaliate for any strikes with missile salvoes on Israel and U.S. targets in the Gulf.

"The Intelligence Ministry ... has identified and arrested members of a spy and terrorist network linked to the Zionist regime," state television quoted a statement issued by the ministry as saying.
Read Full Story